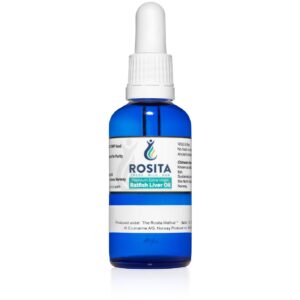 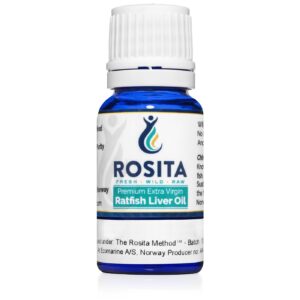 RATFISH OIL – an ancient fish of a different age

Our Oil is derived from the liver of a little known group of shark relatives known as the Chimaeras (Chimaera Monstrosa Linnaeus; Common name: Ratfish or Rabbitfish – sometimes even mistakenly mixed up with the Ghost shark – Callorhinchus milii). Chimaera takes its name from the Greek chimaera, a mythical monster with the head of a lion, body of a goat, and the tail of a dragon. It is the offspring of Echinda and Typhon.

The Chimaeras are a very primitive group of fish, with skeletons composed of cartilage instead of bone, dating back for more than 300 million years. They are true survivors from before the dinosaurs, and have changed very little since. They may actually be the oldest and most enigmatic groups of fishes alive today. Truly an ancient living fossil!

The ratfish is an extraordinary fish found in all the world’s oceans, close to the bottom, at depths of 300–500 meters, with a reported maximum depth of 1,663 meters. These fish are almost half shark and half ray, with smooth skin, big sparkling green eyes designed to see in the dark depths, a rabbit-like face, and a small mouth surrounded by large lips. The nose of the ratfish is studded with electric sensors able to detect the faint electrical signals given off whenever bottom dwelling prey – including crabs, snails, starfish, marine worms, urchins, clams, shrimp, and small fish – use their muscles, and sensitive enough to detect their heartbeats. Their bodies taper to an exceptionally long threadlike tail, and together with their rodent-like teeth designed for crushing the shells of their prey, has earned them the common name “ratfish.”

There is very limited fishing for this species of fish, which are not a popular food source, although they are edible and their white meat is tasteful. However, following the removal of the liver, head, and all the innards, there is actually less than 10% left for use as a food source. A major reason for this is the size of the liver, which makes up a large proportion of the total mass of the fish.

The liver of the ratfish is very large, constituting approximately 60% of its total body weight, and contains an exceedingly high proportion of oil. The oil content is around 60%, but can in some instances be as high as 80% of the wet liver weight. The large oily liver plays an important role in the maintenance of neutral buoyancy.

The oils from the ratfish were also used topically, and consumed orally, by the Norwegian Vikings and Scandinavian fishermen for centuries, who regarded this oil as a rare and very special gift from the ocean, ranking it above all other fish liver oils.

OIL IN THE EXACT FORM IT IS FOUND IN THE LIVER 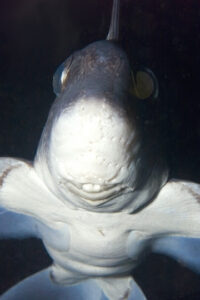 Extraction techniques, including so-called fermentation, have been used in the past to render fish liver oils. However, real fish liver oil does not exist in a fermented state, and only achieves this state once the fish dies and is allowed to rot for a prolonged period of time. This is why the pre-industrial process for extracting fish liver oils was described as the ‘rotting process.’

This process involves putrefaction (although early stages may also be autolytic), a process of disintegration where the livers are left to putrefy (rot) in casks or vats, resulting in the bursting of the walls of the hepatic (liver) cells and the escape of a certain proportion of the oil, which collected on top. This oil was known as “rotted cod oil,” NOT fermented cod oil.

The term fermented is erroneous when applied to such foods because fermentation properly means the anaerobic, or partially anaerobic, oxidation of carbohydrate.

The process involved in the rotting transformation is actually putrefaction, the anaerobic degradation of proteinaceous materials, where proteolytic bacteria literally decompose the liver protein with the resultant production of offensive odours (putrid) and flavours. However, fermentation of the liver can occur to a very limited degree, producing lactic acid. The lactic acid originates from the natural conversion of the glycogen reserves in the liver.

There is a lot of misunderstanding regarding the Vikings and their use of the so-called fermented oils. Actually, the Vikings considered the oil which had undergone MINIMAL fermentation, with a characteristic light yellow colour, and WITHOUT any unpleasant odour or taste, as the best quality oil. This oil is termed “iioa Mediein Tran” or raw medicinal oil.

It is the products of biological decomposition, derived from the putrefaction of various constituents of the liver which, to a large extent, give the darker fermented oils their characteristic brown colour and far from delightful smell and taste. They are present in the oil as a result of the process used. But these products of putrefaction are not essential constituents of liver oils from both a chemical and therapeutic point of view. These darker oils, can in many instances, result in symptoms of gastrointestinal distress.

The REAL OIL contained in the hepatic cells of the fresh liver is straw coloured, without an unpleasant odour and flavour, having a bland, fish-like, and not a disagreeable taste. Scientific publications before the industrialisation of oil, confirm the superiority of the light straw coloured oils to the darker variety.

As a result of the very ancient extraction technique we use, our oil is pure and simple, obtained from the liver in its natural state, and reflects the nutritional profile of its source fish liver oil, making it a true unrefined “whole food.” It is the real oil as contained in the liver of the fish. It contains no decomposition products, such as are found in the darker oils. The oil maintains exactly the same form and composition that nature gave it, without being altered in any way.

AN ANCIENT REMEDY USED BY THE NORWEGIAN VIKINGS 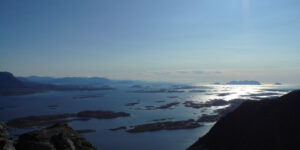 The ancient Vikings and Scandinavian fishermen considered the oil derived from the large oily liver of the ratfish as a precious gift from the sea. They used this rare oil for maintaining general health as well as for specific purposes, including wound healing and the treatment of general debility, infections, irritations of the respiratory and alimentary tracts, and glandular disease. It was also applied topically to decrease inflammation and pain, to promote the healing of wounds, and as a skin elixir.

Legend has it that the Vikings would hang a ratfish up by the head, and after a period of time, the liver oil would start to drip from the end of its very long tail. The Vikings would then collect this very special oil. Unlike cod, ratfish are mainly confined to the deep waters and as such were not in plentiful supply for the Vikings, who considered the oil from their liver to be a very rare and precious gift from the sea, naming it “Gold of the Ocean.”

GOLD OF THE OCEAN 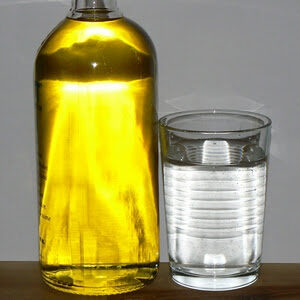 Ratfish are a non-commercial bycatch deepwater fish species which are seldom caught. The average harvesting by our fishermen, for each net, is less than one fish! As a result, ROSITA ratfish liver oil is a limited resource.

There are additional reasons for the low production rate, which are related to our own strict demands for producing the highest quality fish liver oil possible.

We have limited harvesting in our protected and remote waters to special times of the year, when the fish flourish and thrive and produce livers that are beautiful. This, in concert with the time-consuming ancient extraction techniques and extremely low extraction temperatures (at the expense of yield), makes our production very specialised and limited.

In contrast to highly processed refined fish body oils and fish liver oils, our wild extra-virgin handcrafted ratfish liver oils follow the natural rhythm of changes in seasons and feeding cycles of the fish. Therefore, each batch may vary slightly in appearance, flavour and nutrient levels, but will always retain their original nutritional integrity.

Because of the time-consuming ancient methods used to produce our handcrafted oils, and their limited production volume, true wild unprocessed ratfish liver oils are expensive.

Its rarity and exceptional properties were a major reason why the Vikings named this oil “Gold of the Ocean.”

I was experiencing an enormous amount of pain on both sides of my mouth when I chewed.  After seeing the dentist, xrays showed that I had cracks in my teeth that required crowns on both sides.  Due to the covid-19 pandemic, I was unable to get the procedure done immediately.  While waiting, I started taking Rosita ratfish oil  and I noticed after a couple of months that the pain in my mouth had completely vanished and I was able to chew normally again.  I had heard stories about the effect this oil had on teeth but to be honest, I had forgotten about it since I had ordered the oil for the potential benefits on the pineal gland.  When it came time for my dental work, I reported to the dentist that I no longer felt any pain and requested an xray before they proceded.  All of us were shocked to find that there were no longer cracks in my teeth!  I swear by this stuff now and haven’t had a cavity since taking it!

This oil had a noticeable effect on my dreams!  They are so vivid and I remember them in detail when I wake up!